Climate Museum UK popped up at the Big Green Day, in Telegraph Hill Park, which we also helped organise. It had music (e.g. from the Zero Carbon Band), a clothes and DVD swap, some creative activities with waste, and a lot of stalls of local action groups such as Greenpeace, Nunhead Bring Your Own shop, Sustainable Kitchen, Lewisham Waste, recyclable nappies, bicycle mending, Mend it with Mo, rag rug making, and Lewisham Swift group. It coincided with a weekly Farmer’s Market and a nearly new sale. One of the groups there was Climate Action Lewisham group, which was formed when Lewisham Council declared a climate emergency. They had created this jenga tower with climate solutions to aid their conversations. 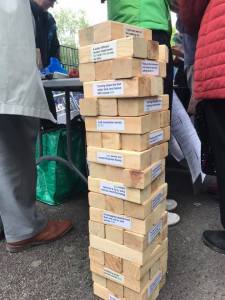 Because this was an outdoor event, it was quite a challenge to use many of the tools – as they’re not designed for wind and rain. The weather forecast was for sun, and the bouts of heavy rain and hail took us by surprise. But we had a gazebo, and every time it rained people rushed to the Climate Museum and talked about this crazy weather we’ve been having.

The day was organised following on from local activities last year called Don’t Waste the Day, and plans for the creation of a Big Green Game. The emphasis of the day was to reduce consumption and waste, but to put this in the Big green context of the climate and ecological emergency.

We made several display items to put round the park, like this one. 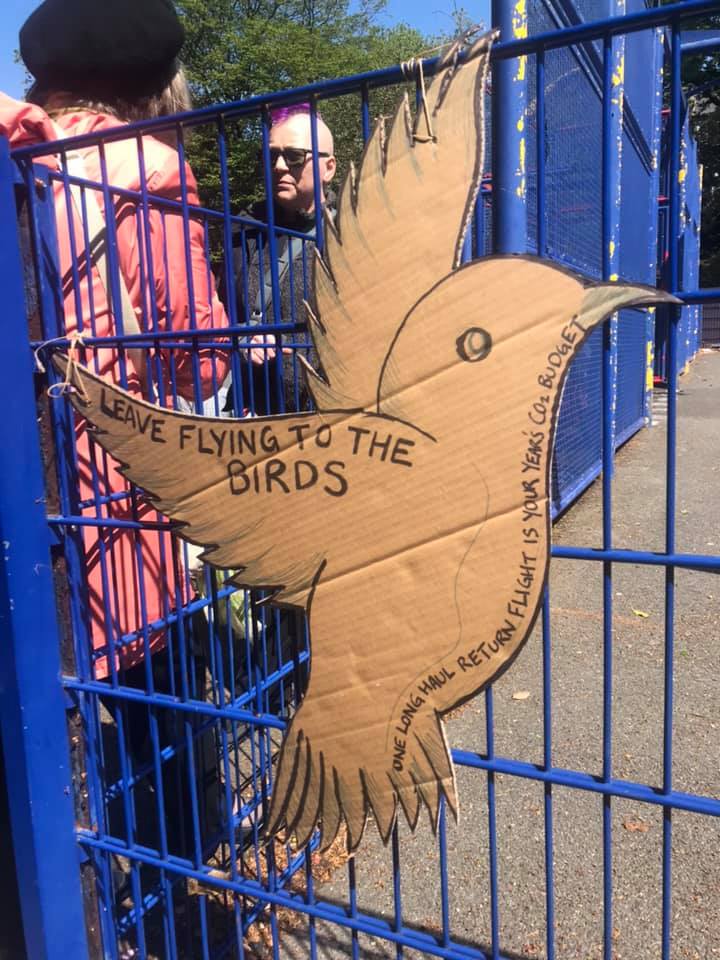 Suiting an event in a park, the main feature of Climate Museum UK’s offer this time was two costumed characters, Rubbish King and Mr Bags. Their costumes were made out of rubbish. They interacted with families around the park, improvising around a story between the two characters, and encouraged people to come to the Museum and the other stalls. 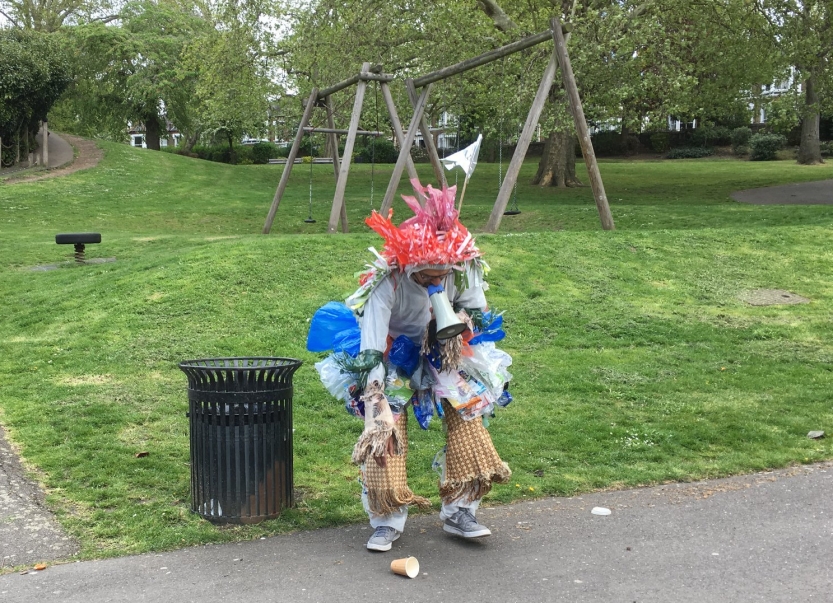 Once at the tent, children were offered a Scavenger Hunt that sent them scampering round the park searching for things that increased their nature knowledge. One of the items was ‘Icecaps’, which were the Arctic Sea Ice umbrellas in the roof of the Museum.

The Climate Confession box made an appearance again. 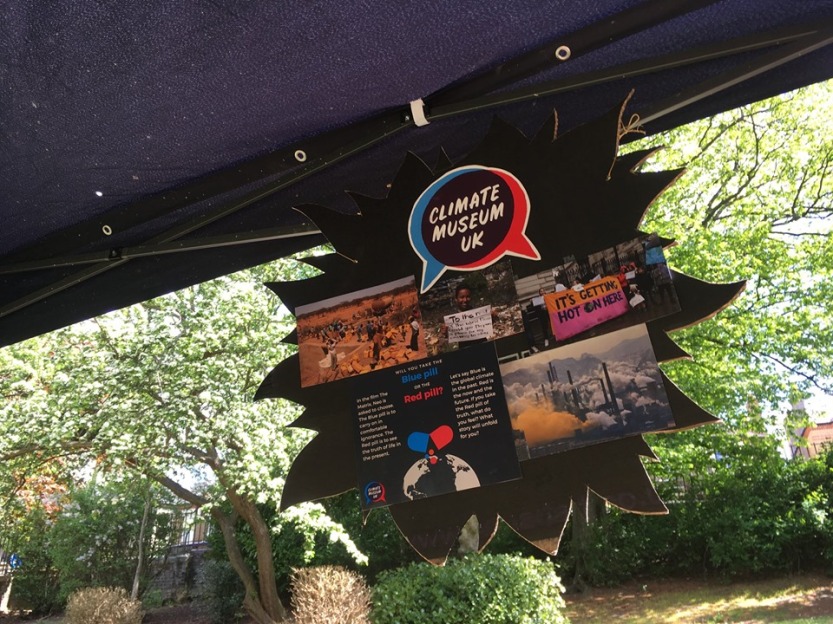 The Climate Library was available. 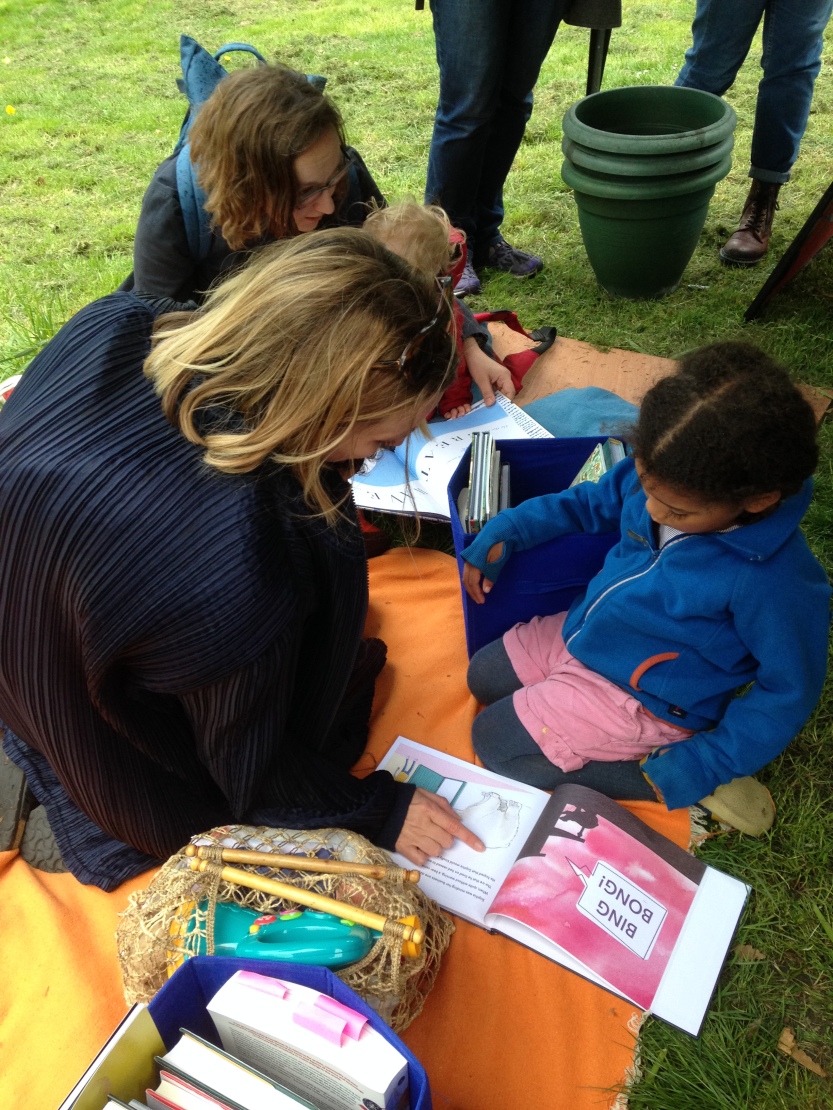 Susannah Raffe, who has a background in running climate conversations, came along to help facilitate the pop-up. She used a series of questions to get people talking and sharing ideas. These included ‘What can we do?’, ‘What gives you hope?’ and ‘What are your thoughts about the UK Parliament declaring a climate emergency?’ The ambition for these responses was to start to categorise them, and also to encourage people to take the mic in between the music to talk about their views and solutions. These ambitions were both stymied by the weather (e.g. the mic couldn’t work in the rain).

The big lesson from this pop-up was, unsurprisingly, that popping up outdoors in a tricky climate is…tricky. We already learned from popping up in the Festival Open Studios that it’s not easy to create a safe, comfortable space for creative, slow conversation in a situation where people are wandering around browsing lots of different things. To engage with the climate & ecological emergency beyond a superficial level requires a process that runs from invitation, to intention to participate, to thinking about complex ideas and feelings willingly and with an open mind. We do not want to force conversation or learning on people.

We are just trying out these various tools so this is still very much a research phase. But what I’m learning is that the tools themselves are only a small part of it. A successful installation requires much more thought about three more things: People (facilitators etc), Process (invitation, a sequence of activities etc) and Place (a comfortable indoor environment).

I made the banner below deliberately so that the date number could be unstitched and a new shape added, so that we can use it again for next year’s Big Green Day. I wonder what Climate Museum UK will look like in May 2020?