I am writing from my own experience and position as an older millennial, and an artist, working in education and art museums. I am by no means an expert in politics or the climate crisis, so rather than speaking from a position of authority I hope to highlight some of the questions that the School Strikes for Climate have raised for me, and start to speculate about how a space like Climate Museum UK might support further action. This is conversational, I have lots of questions and few answers; I would welcome your ideas and responses. 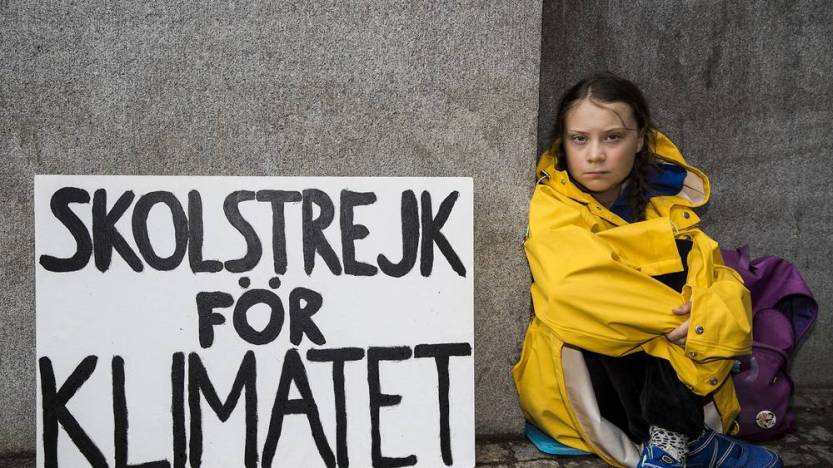 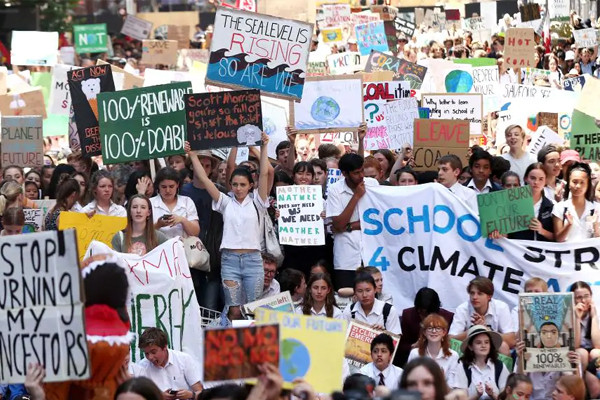 In the UK the strikes have been underpinned by 4 key demands:

DEMAND 1 – SAVE THE FUTURE

The Government declare a climate emergency and implement a Green New Deal to achieve Climate Justice.

The national curriculum is reformed to address the ecological crisis as an educational priority.

The Government communicate the severity of the ecological crisis and the necessity to act now to the general public.

The Government recognise that young people have the biggest stake in our future, by incorporating youth views into policy making and bringing the voting age down to 16

Greta has gone on to speak internationally about climate change, including at the UN and a TED talk. Greta is not the only or the first young person protesting – there is a long tradition of articulate young people speaking out about the Climate Crisis (See Severn Cullis Suzuki speaking at the 1992 UN summit in Rio, Brianna Fruean the UN Representative for Samoa, or Jasilyn Charger a water protector from Cheyenne River and founder of the the International Indigenous Youth Council at Standing Rock. So why at this moment has the global movement suddenly gathered momentum?

Pacific Climate Warrior Brianna Fruean and Anna Taylor of UK school strikes movement talk here about the role of technology and social media in the emergence of the movement:

“I think it’s different for Greta Thunberg. She’s a youth voice that has come up in the generation of social media and technology where her message can be amplified….. Solidarity also keeps you optimistic. And feeling that you have a team, that you’re not alone. It’s a huge energy boost when we see people striking all around the world, and we see someone like Greta, because it gives us the feeling that we’re all in this together. It’s not just one person yelling from outside the UN building or our government. And where there’s mass numbers, there’s power.”

There is a sense that connectivity and the platform to talk and share information internationally, across borders, is leading to a growing collective energy for action. 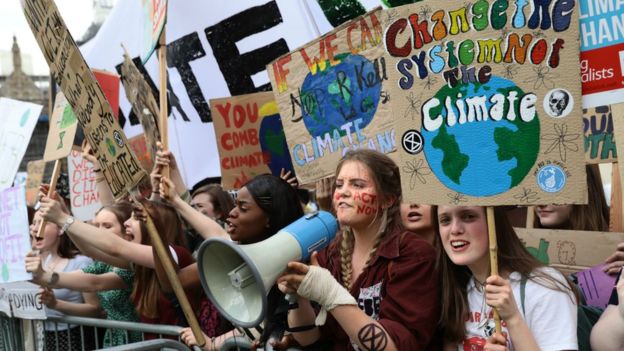 But I wonder if there is another role that social media and technology play in creating the sense of urgency that underpins the School Climate Strike by providing information about the ever-increasing occurrence of crisis events within the ongoing climate crisis – from heatwaves, to forest fires, to plastic pollution and the changing states of our oceans – that are becoming a constant reminder of the need to act. In particular the wide publicity of the UN warnings that we have 12 years to change the course of the Climate Crisis has provided mass impetus for action.

In the UK, the School Strike for Climate has emerged at the same moment as Extinction Rebellion (an international movement that uses non-violent civil disobedience to achieve radical change in order to minimise the risk of human extinction and ecological collapse), against a backdrop of increasing cuts to education, consistent failures by politicians to meet previously agreed carbon and nature targets, and the polarising politics of Brexit (NB; 75% of 18-24-year-olds voted to Remain in the EU).

The School Strikes in the UK have received a mixed reaction with some politicians and media endorsing the Strikes (Corbyn, and no detentions in Glasgow schools) but others (including the still current Prime Minister Theresa May) calling for detentions for students who ‘skip school’.

Academics at universities have endorsed the strikes but from talking to students and parents it seems like the heads of schools are often put in a tricky position as the school will be penalised for student absences. Yet there is a long history of School strikes in the UK, dating back to 1889 when schoolboys in Bethnal Green protested the cane, and notably in 1911 when working class students across the UK joined industrial action about working conditions and inequality.

And while university student or campus protests have often been a core component to civil rights movements, I wonder how many other movements at other points in history have been led by school students?

At times of education cuts, the decline of subjects that teach creative and critical thinking, and the shocking lack of research about the climate crisis included in the school curriculum, many of the students have raised valid questions and concerns about;

Looking back at my own experience as a young activist, attending the anti-Iraq war marches was a formative experience but the subsequent lack of political action led to anger, disappointment and apathy. Perhaps this is where the connectivity of the new movement will come into its own, with students from around the world supporting ongoing collective action? 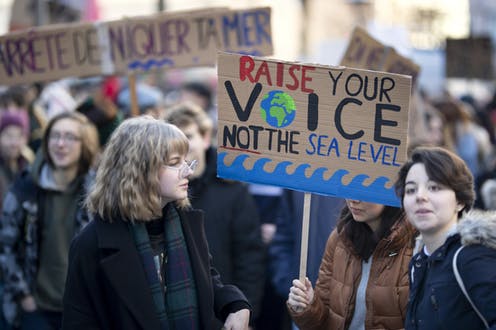 So what is the role of the Climate Museum UK in relation to the School Strike for Climate? What are our responsibilities?

Museum as Archive and Exhibitor

We can play the role of the traditional museum, making a home for an archive of the School Strike for Climate (collecting, documenting and caring for the paraphernalia of the movement) and exhibiting it:

What should we collect? (pamphlets, posters, signs, badges….)

How do we collect the digital elements of the movement? (social media etc)

Are there letters and communications you would like to include?

How should we collect oral histories, interviews and videos?

How and where would you like to see it exhibited?

Who do you want to see this collection?

If we are to move away from colonial museum traditions, this raises interesting questions about who is collecting and choosing the information? How we can involve students in decision making about the archive? How can we ensure that displays are designed for and by young people? And in ways that as many young people as possible see the collection? (e.g. can it visit schools?) Who gets to decide how the collection is looked after and where it visits?

Museum as a common space for conversation and play

While collecting and exhibiting is important and can play a role in determining how the School Strike is discussed and engaged with, I think there is another much bigger role that the Museum can hold in creating spaces for events and experiences where we can have conversations about, and play with and test the ideas for the protests.

Museum as site of care

I wonder if there is also a role that the Museum can play in supporting resilience and wellbeing, for students, schools and parents, involved in or on the periphery of the School Strike for Climate. My own experience of activism tells me this is not easy, and that we might need to support everyone involved to look after themselves on this journey – but how?

You can find more images of and articles about the Climate Strikes on two boards on the CMUK Pinterest: Climate Movements and School and Youth Climate Strikes

Climate Museum UK is widening to involve more people, who are contributing to ideas, designs and plans. This is the first blogpost from Beckie Leach, and more from other contributors will come this summer. If you would like to contribute, get in touch on climatemuseumuk@gmail.com