Here is a guest post by Matthew Short, whose work and approach sit well with our principles and approaches as a collective of practitioners. We’re happy to host posts about creative practice that engages audiences with climate and ecology themes. Get in touch on climatemuseumuk@gmail.com to enquire about using our platform. Otter Wolf Dart is an original piece of theatre, written by Matthew Short

I work primarily as a dramaturg for theatre supporting text creation, artistic visions, and narrative expressions through research, literary consultancy, and creative ethnography. Within my practice, I’ve been developing tools for ecodramaturgy as a necessity for creating theatre that confronts the earth crisis. The result of this work has fed into my own original playwriting that seeks to challenge climate anxiety and use my creative voice to speak up.

Defining a wide-range of practices that have been developed globally is quite a challenge, and so when I speak of ecodramaturgy, I talk about what it means to me. Ultimately, it is a creative research method of working with performance to develop and curate theatre arts that are ecologically focused, driven by narratives of connection beyond the anthropocene, and seek to deal with our world in crisis.

My particular work aims to repair lost connections between human and nonhuman characters. A large part of this is considering and developing ways of representing the nonhuman in theatre texts and devised performances. To simply give a nonhuman a voice often relies on human-centred perspectives being applied unfairly, but when creating a script, what other ways can we communicate a nonhuman voice?

I do not have a definitive answer for this, but through research and development, I have started experimenting with alternative modes of playwriting to creatively play with the nonhuman characters of my work. The textual engagement between the human and the nonhuman is one form of my ecodramaturgy, but then bringing text to life allows for new presentations and representations that require another challenge. For the purpose of this post, however, I shall only look at the form of writing and pose a question to inspire thinking on how to then materialise the text in performance.

As a writer, I look to what other writers are doing to learn from and feel inspired by. I imagine writers like a community of mushrooms connected and communicating through our work and words, supporting collective imaginaries, and highlighting threats or concerns to our world and societies. Ecofiction and cli-fi are growing genres for many forms of writing, and so we are getting a wealth of literary interpretations on how to deal with the earth crisis. 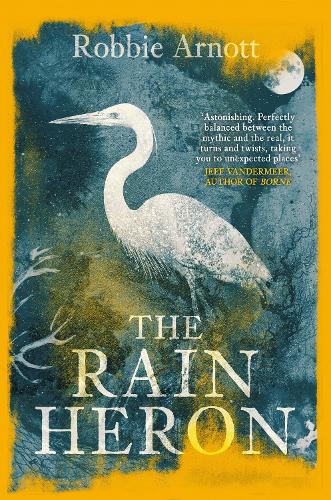 For me, a leading writer of the genre is Robbie Arnott, an Australian novelist whose two books speak in a folkloric voice of the connections and disparities between the human and the natural world. He spins myth and realist fiction in a way that speaks to a contemporary eco-magical realism: a device that helps me with my own representations of nature and the nonhuman characters of my writing.

Magical realism is a form of writing that is at its most successful in deconstructing colonial experiences. It allows a perspective that gives voice to alternative realities and challenges the order that white Western colonialism enforces on other bodies. As such, it creates space for generating new methods of seeing and speaking in a biocolonised world, presenting the surrealities of nonhumans as legitimate realities which reject rigid orders and categories.

Named after three rivers in Devon, my play Otter Wolf Dart sits close to my heart and home and challenges our reaction to the climate crisis in Devon. It is raining throughout the entire play as an ecologist is trying to maintain scientific practice in the face of disaster whilst those around him are more interested in folktales and prophecies. It tackles the way people bury their head in the sands out of anxiety or look to other sets of beliefs to explain changes in the environment, but ultimately as the river banks burst, they must all come together and confront the matter at hand.

Throughout the play, I use magical realism to present animals that make the audience question if they are real or not. These creatures act differently, are narrated in oral storytelling styles, and act out against the human characters of the play. I use this to not only highlight how we as people do not rule over the natural world, but also to showcase how a pinch of imagination and magic can help to reveal innovative ideas for confronting the crisis.

The play ends with a theme of queer utopianism (of sorts). Things are not necessarily resolved, the world may not have ended but it is by no means fixed. However, the relationship between queering and rewilding are for me key ingredients in expressing a hope for a more connected world that embraces a multiplicity of realities, including nonhuman ones. It is ambitious but provides ample opportunity to get creative. The ending is about small transformations, but what does it then mean to use ecodramaturgy and magical realism to transform text into embodied performance?

Otter Wolf Dart was recently performed as a public reading at Bastionen in Malmö. It is now trying to find its home in the UK, particularly locally in Devon. You can find out more about my practice at www.matthewsdramaturgy.com