Since announcing the Climate Museum UK plan, I’ve been out and about quite a bit seeking inspiration and connecting with like minds. There has been an unbelievable amount of interest in the idea of Climate Museum in all these places.

Here’s a photo-essay, to give a snapshot of some of these experiences.

A creative session with my daughter – who is just 18 and just out of a Visual Art & Design course at the BRIT School. Inspired by the graph of rising temperatures, she came up with this concept for a logo. She has some ideas for visual merchandise. More to come on that, and hopefully a design workshop with some other young people. 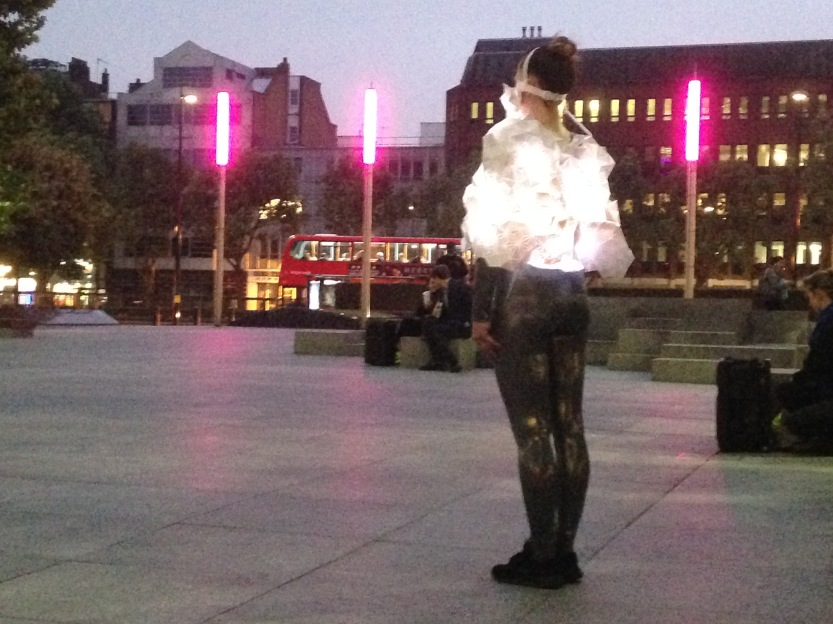 To the launch of Invisible Dust’s Under Her Eye, a conference and arts programme about women and climate change. The night included a dance performance of Human Sensor, making visible the pollution in the air.

Then I went to a Guardian Live talk by Christiana Figueres, reflecting on how she insisted on collaboration and mutuality to bring everyone together to sign the Paris Agreement. She also talked about her initiative, Mission 2020, a global campaign to push for urgent action by 2020. 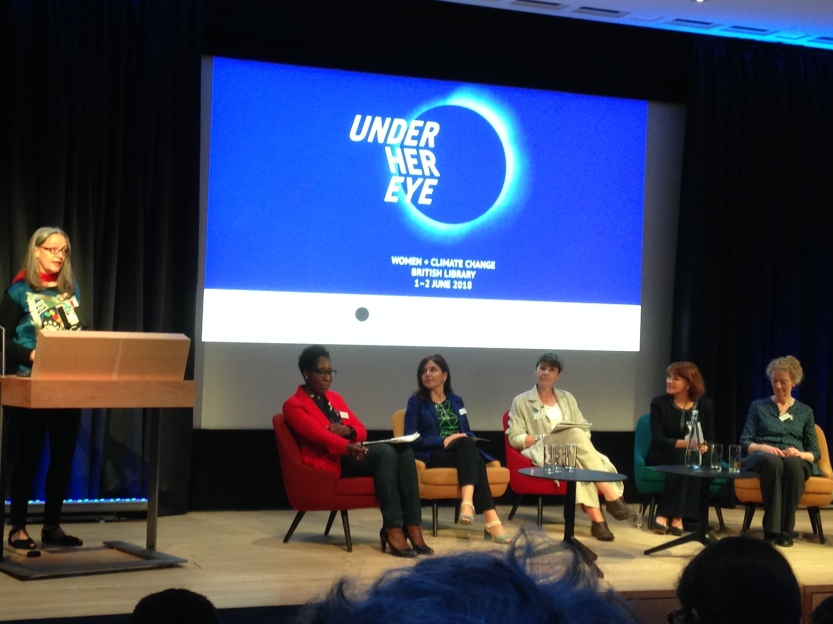 The next day was the Under Her Eye summit of women and climate change, opened by Christiana and closed by Margaret Atwood, with a great wealth of female artists, campaigners, scientists and politicians in between. There were also art workshops, performances and films, and a sensory banquet the next evening.

To pull out one example of many speakers that I could, there was Laura Faye Tenenbaum. She was a NASA climate communicator but was censored under the Trumpian regime, so she resigned. (Laura on the right). The day was full of conversations about the issues the conference was raising, and incredibly stimulating.

I bought this book, The New Sylva, a giant tome full of amazing drawings of trees by Sarah Simblet, and detailed accounts by Gabriel Hemery. I bought the book from Rye Books in East Dulwich, who, on hearing about Climate Museum offered to host an event. I’m hoping there will be a discussion this summer about books and resources that might be part of a Climate Museum, and how we can learn about climate without freaking out.

Then, I discovered on Twitter that Gabriel Hemery was coming to give a talk as part of Deptford Folk‘s programme, near me, at a new cafe in Folkestone Gardens called Festa sul Prato. Deptford Folk are all about getting people into local parks, and celebrating the heritage which lies locally with John Evelyn, the author of the original Sylva. This book was the first to advocate planting trees, and the idea of sustainability. Given that the Earth’s system relies on a critical mass of trees acting as a CO2 sink, mitigating climate change, and yet that they are dying from bigger fires and diseases due to climate change, as well as massive deforestation, trees are a major interest for Climate Museum UK.

To the Environment Matters event at the London Transport Museum, a kind of evening festival with stall holders, talks and debates. This included an opening speech by Shirley Rodrigues, deputy mayor for Energy and Environment, sharing London’s goal to be zero carbon and to be 50% green by 2050. Being more green means being a ‘national park city’, with more nature corridors, street trees, parks, green roofs, gardens etc. It was good to see ways a museum could host an event such as this. 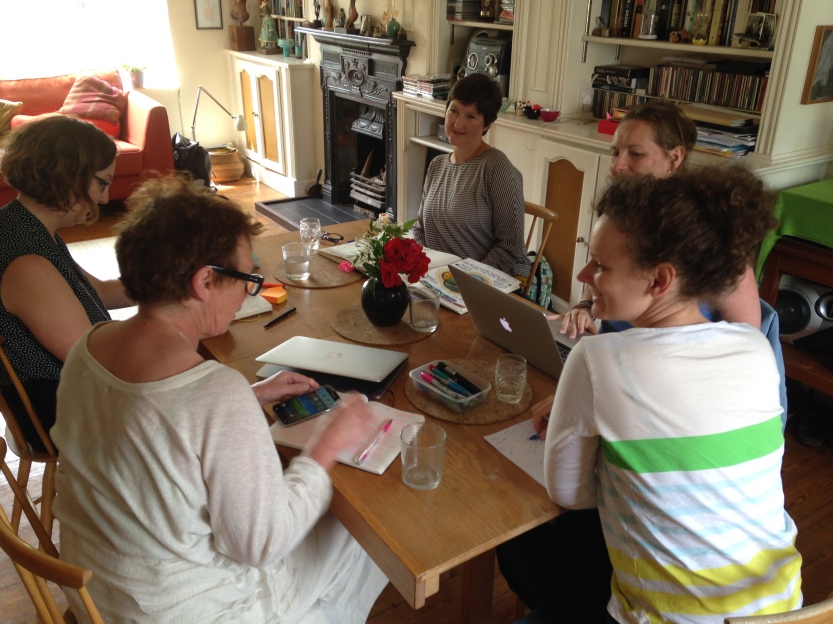 An Action Learning Set with associates about how we might develop our work, including Climate Museum UK and similar projects. 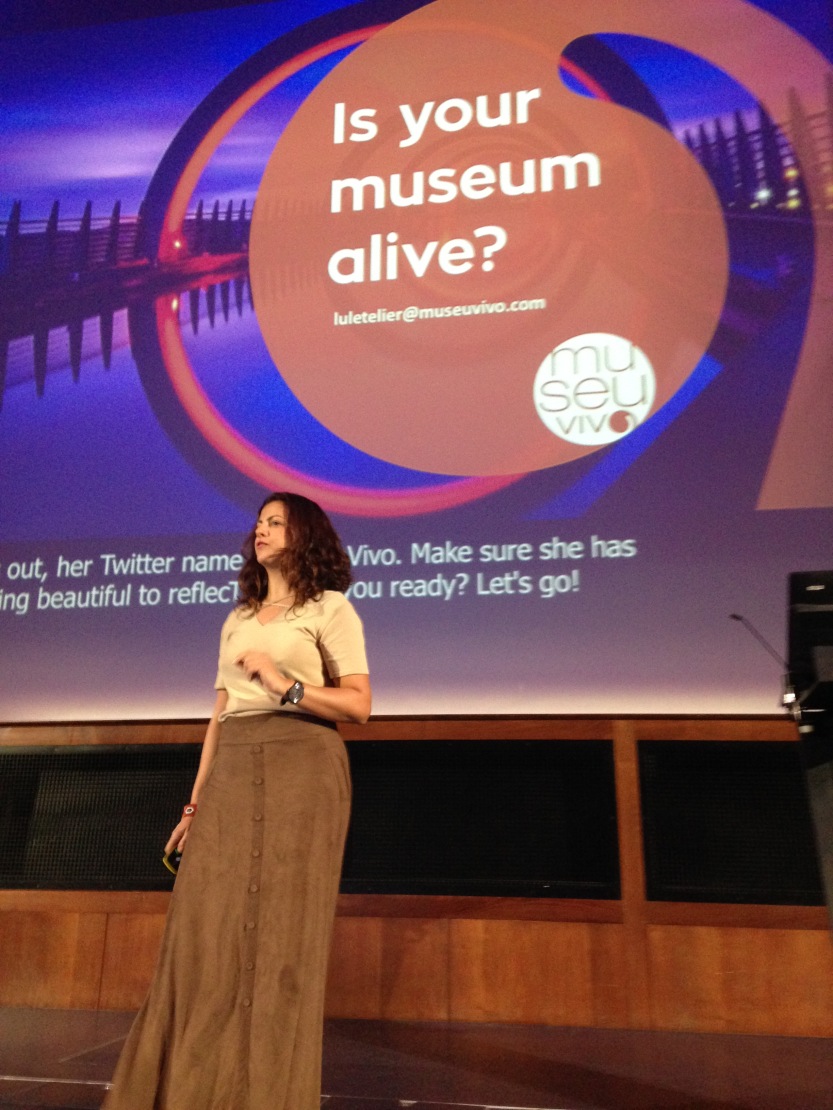 Then I went to Museum Next, which was back in London in its 10th year. I spoke about Climate Museum UK and the idea of Possible Culture. This picture is Lucimara Letelier speaking, who was the only other speaker that day to talk about ecology and sustainability. She has set up an organisation, Museo Vivo, to support museums to be alive, to act as ecosystems within ecosystems. I met her for lunch later in the week.

The Museum Next this year was at the Royal Geographical Society which was hosting an exhibition from three creative research projects under the umbrella of Culture and Climate Change. This project – a collaboration between the Open University and the University of Sheffield, asks: What kinds of stories, artworks and other interventions are being created in response to ‘the greatest challenge facing humanity’ — a challenge that is also apparently forgettable?

It didn’t escape my attention that climate change was ‘apparently forgettable’ as this exhibition wasn’t mentioned at all throughout the conference and I didn’t see anyone else going in there.

An outcome of attending Museum Next was to be invited to a meeting at the Reboot the Future Foundation about how arts and culture could contribute to a shift in consciousness, to enable delivery of the Sustainable Development Goals.

Then there’s the irrepressibly imaginative House of Fairy Tales. I went to the private view of their print portfolio, with artworks by some well-known artists, all inspired by tulips. Selling the portfolios is one way they can raise funds. This is an organisation that works with and for children, through the arts and imagination. Developing capacities for children in the context of Climate Change is a key issue for its founder, Deborah Curtis. The mission says: “It is more urgent than ever that we give a voice to the youngest generation to remind and demand parents, teachers, politicians and corporate leaders to embrace the transition to a safer, cleaner, more equal and stable world.”

Last weekend I failed to make it to the Private View of the Blockadia exhibition at the Guardian, curated by Andrew Price. (I failed to make it as I’d been on the march for a People’s Vote on the final deal for Brexit). Blockadia Britain is an exploration of creative protest relating specifically to climate justice between 2007 and 2017 throughout the UK. The exhibition looks at a number of intersecting practices across the arts, education, and activism that evolved out of a much greater awareness of the impact of the fossil fuel industry and its effects on social and environmental wellbeing. I took part in a workshop to contribute ideas for this exhibition so I have some insight but would like to see it installed. It closes on 19th July.