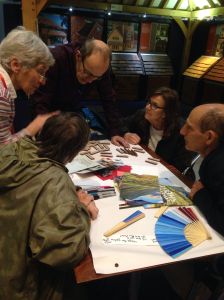 On Saturday 16th March, the pop-up Climate Museum UK was squeezed into a single shopping trolley (just some of the kit), and onto an early morning train to Swindon. It was installed in the central foyer of the National Self-Build and Renovation Centre. We were invited there by Louisa Davison who had attended the first pop-up and thought it would work well as a creative complement to the Citizens Climate Lobby conference. The conference participants dropped in and out at break times, and then descended en masse for a workshop to conclude their day. The conference was focused on the solution of Carbon Fee and Dividend and the final session used the Museum tools to explore creative communication of complex ideas, and ways to influence MPs.

It was a useful day to try out the portability of the Museum. It was a one-woman, one-trolley triumph. 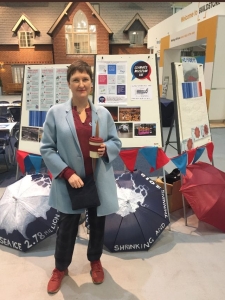 It took one person 75 minutes to install. The future plan is that the installation process is done in participation with a group of workers or stakeholders for the host organisation. They would need time to get to know all the tools (16 so far) and other collections; they would need to explore and discuss together in the role of museum visitors, considering the possible responses of target groups; they would need to link up with their own collections or themes; and then install it, or otherwise make a plan for an installation/tour/event at a future date.

The Centre is a worker’s co-op, a training centre and a massive showroom visited by public interested in home-building and sustainability. This is a typical display: 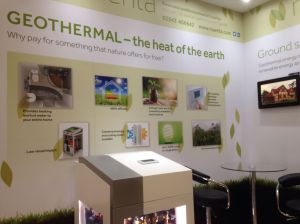 It’s an interesting setting for museum-type activities, as the displays are commercial but also mission-driven and educational.

It wasn’t mega-busy, which was a mercy as I was on my own, but it was always attracting interest and good feedback. 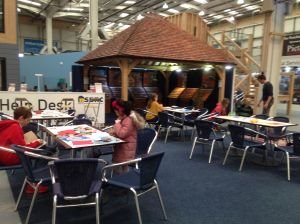 The activities are generally aimed at adults or young people, although most of those engaging with it were children. The books & soft toys were helpful: 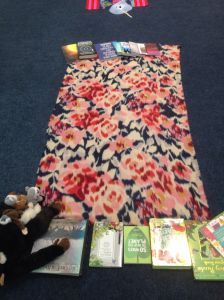 And there were plenty of materials to draw, make collage and make small sculptures from eco-clay (made from recycled paper) 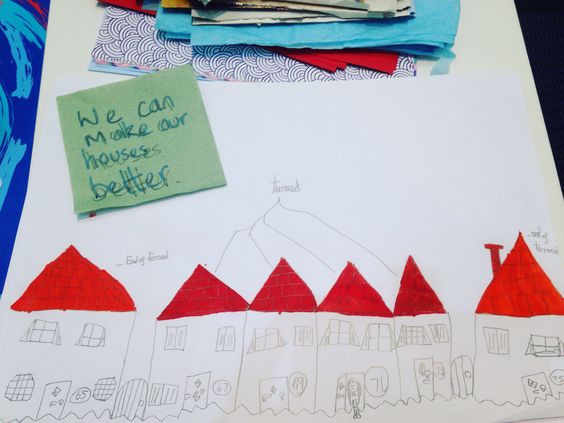 One of the activities was to make an object that represents the thought of climate change. (Previous pop-ups have asked visitors to write a label for their object with four questions, but the archive box was too heavy to bring. So these objects went un-catalogued!) Here’s one example that represents humanity eating itself. 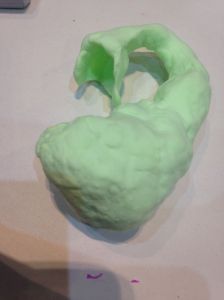 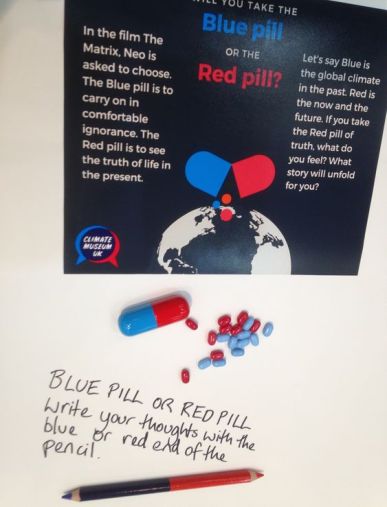 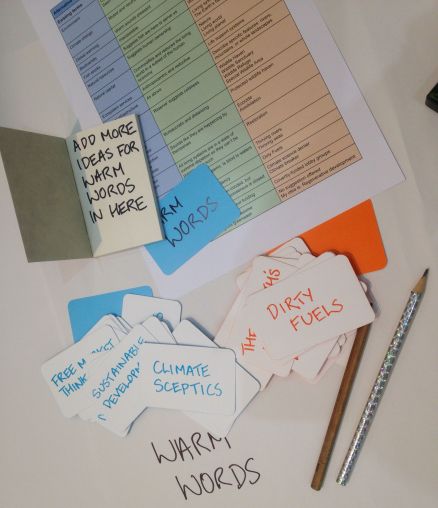 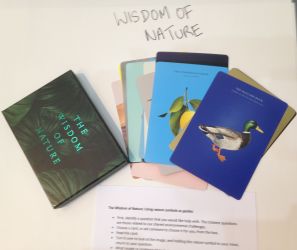 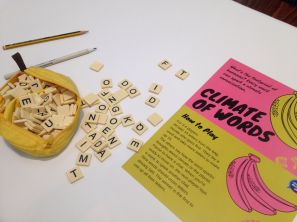 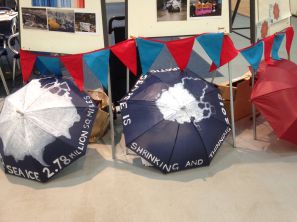 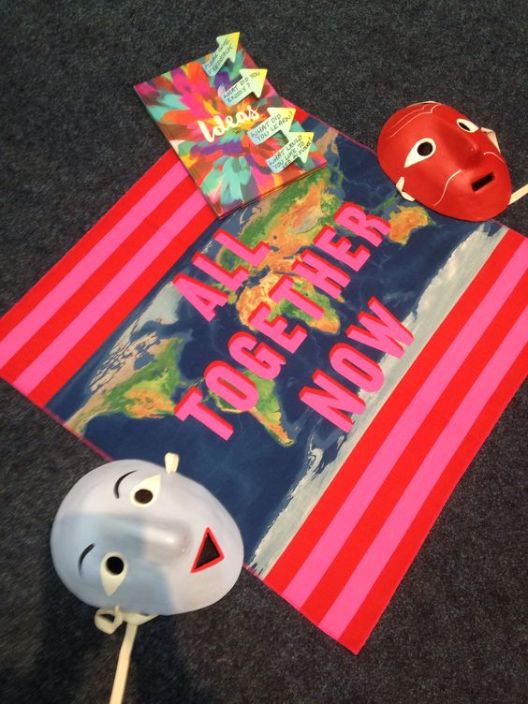 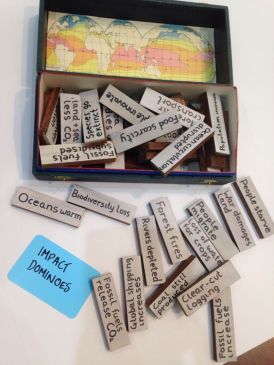 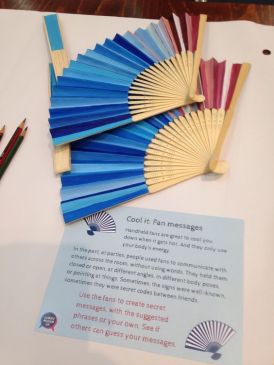 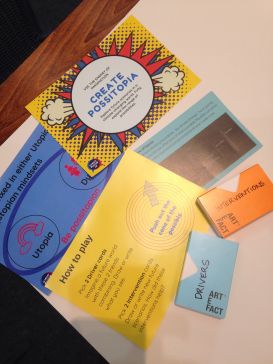 Everyone gave feedback, although nobody wanted to write in the feedback book. I take this as a compliment, as it meant the tools were triggering talk and people were comfortable to give feedback directly. A positive thing was that two journalists and one press photographer came along! 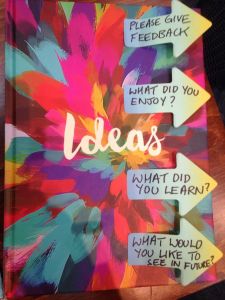 The overall sense of the feedback was that people absolutely see the value of Climate Museum UK and initiatives like it. People really need to think and talk about the many dimensions of climate and environment. Parents want their children to understand it, and to know what action can be taken to mitigate climate breakdown.

If the display had been more collaboratively installed, it would have been a more co-creative learning opportunity. However, I learned a lot by talking with the children and young people who were able to spend a lot of time trying out several activities. Their focus and interest, their good questions and willingness to be caring and helpful, were instructive and inspiring.